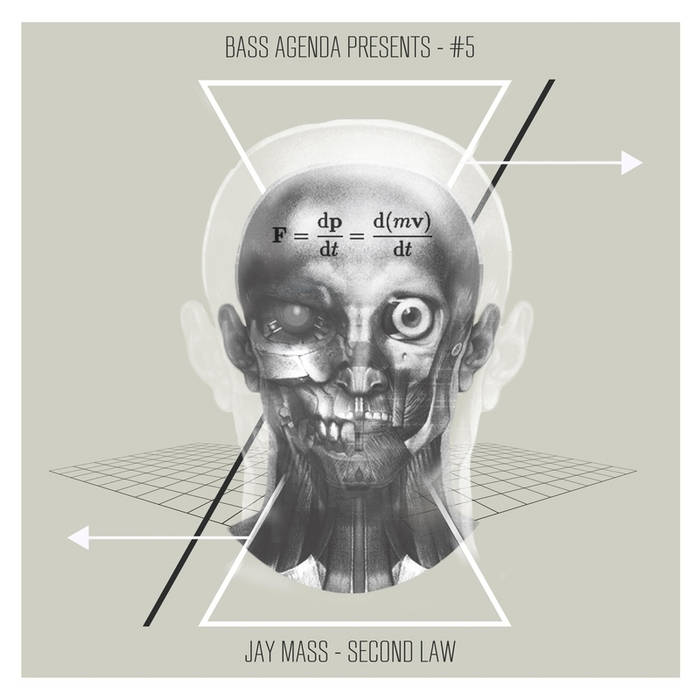 Good things come to those who wait. Following the resounding success of his ‘Stella Hangover’ EP and excellent collaborative work with DefBass on ‘Bass Agenda Vol 1: The Fight Against The Mundane’, Jay Mass is back.

Each of the seven tracks on ‘Second Law’ offer something individual, yet all are united by Jay’s love of techno and sound experimentation as an art form. Jay Mass’s music holds its own with a level of character that avoids his being just another clone in the techno genre. The track ‘Mass’ pounds and grinds with its stomping beat and bass line as percussion builds and epic strings lift the listener from the dance floor and to the heights of a true sonic experience, whilst beatless ‘Motion’ sees furious throbbing synths build to a menacing crescendo. The suspenseful intro to ‘Signal’ followed by the assault that ensues warns the listener to expect the unexpected.

On remix duty, Submorph and DefBass; two techno acts that have both caught the attention of discerning DJs such as Dave Clarke. Each bringing their own style to their respective remixes and both achieving truly powerful sonic attacks that the uninitiated listener may find frightening.