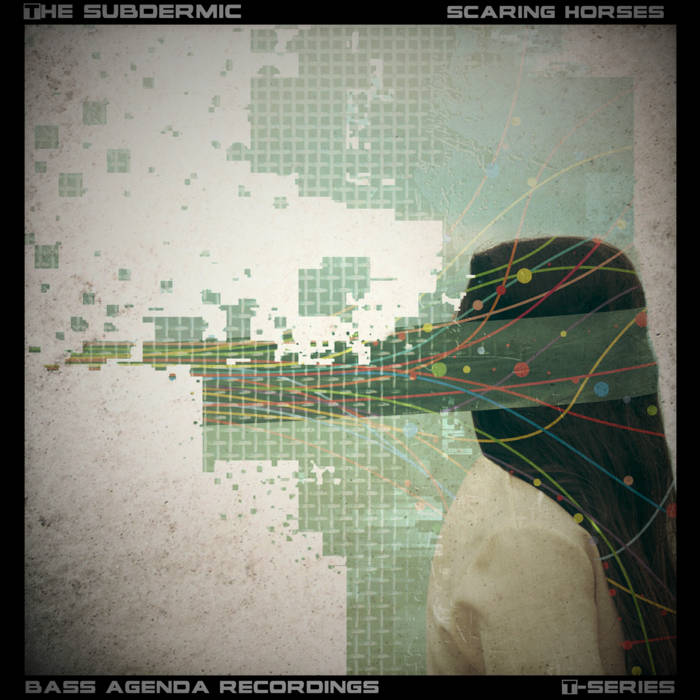 "The acid mix is crazy :D first i was scared by the bass-drum but after all i can´t wait to try this in a club.....The 303 in this is something different!" Oliver Bondzio, Hardfloor

"No messing about on these, solid dance floor tools" Paul Mac

As Bass Agenda Recordings approaches its 50th release championing underground Electro in a way that’s consistently caught the attention of Dave Clarke since its first release in 2013 and received support from the likes of The Hacker, Truss, The Black Dog and Laurent Garnier the label expands its armoury with its founder’s first electronic love – Techno.

The T-Series (T is for Techno) kicks off hard with ‘Scaring Horses’ by UK artist and DJ The Subdermic. 5 tracks of no-nonsense straight up Techno that pays attention to all the elements that fill a floor and get a crowd moving as one unified, pumped, sweating mass.
Just experience a few seconds of the acid hook, Goliath kick drum and swing of the Acid House version of ‘Scaring the Horses’ to learn that this is the real deal made by someone not locked away in their bedroom making Techno but rather an artist applying years of learning what works in the clubs the hard way – putting out records since 2001 and DJ’ing at the front, pulling no punches.

The original version of ‘Scaring the Horses’ put a rocket under Dave Clarke’s White Noise episode 549 not so long ago and got early support from Claude Young. The remaining three tracks show three sides to The Subdermic’s passion – hypnotic and infectious, putting their fingers on your synapses whilst kicking your ass, over and over again.

The Subdermic at a glance:

- First 12" record release in 2001 on energy industries called 'Nymph EP' supported by John Peel and Cari Lekebush followed up in 2002 on energy industries 12" called 'The Breakers of Grimsby'
- First live PA’s performed at Democracy, Cleethorpes then crowds of 2000 alongside Paul Oakenfold, also SECT in Leeds and many more;
- Started the Techno label Subdermic in 2008 & self-released 4 EPs;
- In 2010 track ‘Electric Cabaret’ was rated as Dave Clarke’s top track of 2010 & was released in 2011 with support also from the late Aaron Carl. The remix of the track also had support from Juan Atkins;
- Other label releases include Vegim’s ‘TMM’ ('Take More Music') and AMU recordings;
- Self-released debut LP in 2015 'What the Eyes Truly See', followed up by 'Joyride' on Bass Agenda in 2016, which saw a diversity of style;
- As if fate had a hand in this release coming to Bass Agenda Recordings The Subdermic was also featured on Dave Clarke’s White Noise 500 compilation on The Public Stand label – a release for which Andy Barton of Bass Agenda Recordings provided the Electro tracks.