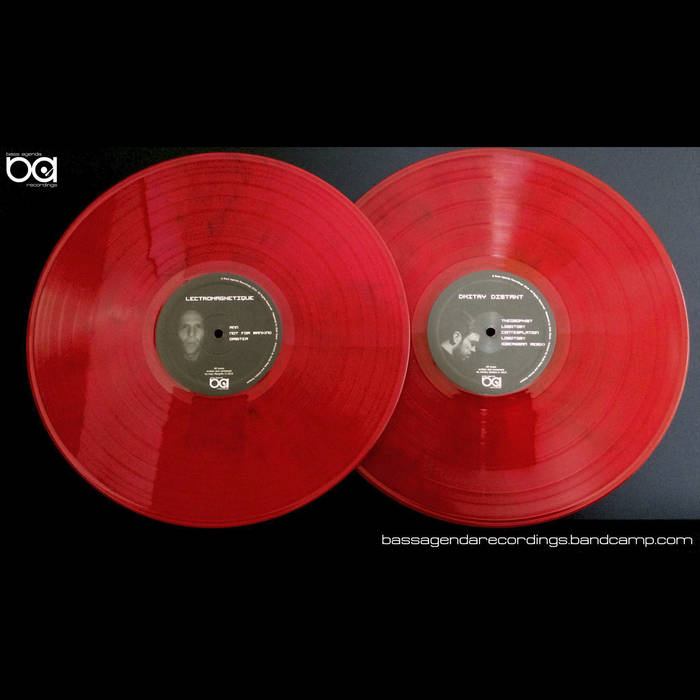 “…meatier than a normal EP, with Bass Agenda Recordings serving up seven tracks of immaculate electro from two artists that we're really quite excited about. Russian producer Dmitry Distant and Ukrainian Lectromagnetique have been making their mark with darkness-drenched electronica, and both have received the seal of approval from Dave Clarke for their dingy beats. This latest release is for those who like their electro loaded with ominous growls and venomous bite. On 'Theosophist' and 'Contemplation', Dimitry channels bleak basslines with staggered beats that hark back to the Drexciya era. Both are pretty savage but would cause damage in the rave. On the flipside, Lectromagnetique employs similarly sinister tactics: standout track 'Ann' is a pulsating monster that flies in-and-out of focus with gurgling riffs and mechanical hisses. Both producers have demonstrated a flare for the cut-throat and violent, and we can see them both going a long way.” 8/10


Thomas H Green, TheArtsDesk - "A new EP from the boundary-pushing Bass Agenda label, whose remit is exploring the tough outer darkness at the fringes of electro. This is the sort of material beloved of no nonsense techno DJ dons such as Dave Clarke and Billy Nasty, which is to say that what it lacks in elasticity and sexiness, it makes up for with moodiness and propulsion." www.theartsdesk.com/new-music/theartsdesk-vinyl-volume-15-saxon-bernard-herrmann-and-much-more

Technobaas.net - "every track of the 12" hits the mark and brings you further into the world of these two talents, moving through deep atmospherics to pumpin' tension. This is a record you can't miss. Essential!" www.technobass.net/record-reviews/lectromagnetique-distant

Continuing Bass Agenda’s mission to highlight the gems hidden away in the underground enclaves of Electro and Techno the label releases its 4th vinyl. Russian Dmitry Distant and Ukrainian Lectromagnetique take a side of the red marbled vinyl disc each; both artists that have made more than a blip on Dave Clarke’s radar over the last couple of years.

Since his debut, also on Bass Agenda, Lectromagnetique has had the support of the Baron both on and off his White Noise Radio show and appeared on the ‘White Noise 500’ compilation released in 2015. Dmitry Distant’s first release on Bass Agenda also got a vote of confidence when his track ‘Forme De La Nuit’ made it into Clarke’s “Best of Electro 2014” show.

Both artists have a penchant for the darker, more sinister side of electronic music and through channelling that dark energy take familiar track structures and twist them into something individual.

Dmitry Distant’s side of the record sees a journey through abstract soundscapes, hefty dark atmospheric Techno and Electro, rounded off nicely by a dark funk injected remix from Sweden’s Obergman. All made live with machines, Dmitry’s tracks are the authentic type of electronic music the popular scene would have you forget. No surprise then that his live schedule is taking him across Europe including a gig alongside the mighty Rude66 and Luke Eargoggle in Berlin.

Lectromagnetique takes you on a ride through some edgy, acidic and melancholic broken techno experiences. Whilst many seek to portray that cold, sci-fi, and industrial vibe in their music, few get to draw on the experiences of living in the Pripyat region on Chernobyl’s doorstep. As you listen you can feel and visualise places you would otherwise never dare tread or let your mind wander to.

This is a record for those who don’t accept the norm and want to challenge and excite their audience; all with the Bass Agenda seal of quality.

The release will be available direct from the label via Bandcamp bassagendarecordings.bandcamp.com and is also distributed by MSR in Vienna: info@minimalsoul.com